By Promotions DepartmentSeptember 12, 2019 No Comments

Have you ever wondered of how birds choose their partners and why they mate how they do? A study helps us understand the amazing truths of how this happens. 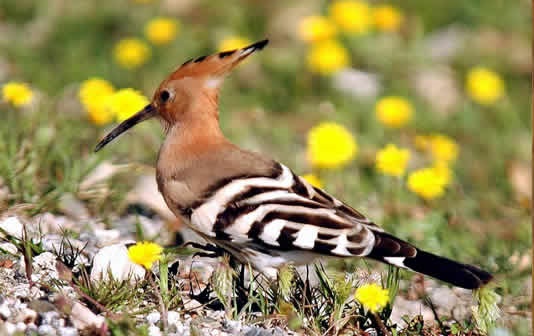 Male birds are often the ones with the most vibrant feathers or the most elaborate songs, but research shows that what female birds could really appreciate is a male who shows his intelligence rather than the outer beauty. This aligns with Charles Darwin’s old theory that mate choice could contribute to the evolution of intelligence.

“…. If female birds had been incapable of appreciating the beautiful colours, the ornaments, and voices of their male partners, all the labour and anxiety by the latter in displaying their charms before the females would have been thrown away; and this is impossible to admit” Darwin stated

However, male birds tend to be more lovers than fighters when it comes to courting, and some of them are the champions of woo/favour.

At the beginning of the mating season-falling between April and June, males from every species have their work well identified with some males preparing to spar with other males as females watch and await the victor. During this breeding season, birds are very colourful and therefore one of the best times for a birding safari in Uganda if you would love to see these species at their best.

To attest to the mating intelligence notion, a study authored by researchers at the Chinese Academy of Sciences in Beijing and at Leiden University in The Netherlands demonstrated that direct observation of cognitive skills can affect mate preference.

Researchers used 34 small Australian parrots, known as budgerigars, to test the notion that a suitor’s smarts could outweigh style or songs. A female bird was exposed to two similar looking males, in a cage in which she could only interact with one at a time.

Prior study designs like this have shown that females tend to lean toward males with slightly nicer appearances, or more appealing songs. Researchers could tell which male was preferred by the amount of time the female spent interacting with him. Then, they swept away the lesser male to engage him in a special training session in opening a container filled with seeds. The female — and her preferred male — received no such training, and were given open boxes of seed to eat from freely. Next, the female was placed in a cage with a sealed box of seed and was allowed to watch the trained male cleverly open his sealed box of seed. She also watched the untrained male — whom she preferred at first glance — being unable to open his container.

After that, eight of the nine females changed their minds, apparently, and began spending more time in the cage interacting with the more capable box-opening male than they had before the experiment. However, it’s not entirely clear that the females appreciated the box-opening as a sign of intelligence, they added.

In the birdlife, showing one’s intelligence could help one gain more mates and better spread one’s DNA on to future generations unlike just relying on colour and songs. The study doesn’t exclusively suggest that all females are attracted by intelligence because, at times in the animal world, complex behaviours like mating rituals can be at play.

The fact that female birds lacked the opportunity to perform the foraging task themselves suggests that they may have had little basis for understanding the exercise as a problem in need of a clever solution. Or maybe they might have attributed male success in opening the containers to superior physical strength.

Amazing how various species interact, for the birds love in the air, forests and anywhere can be attributed to the different characteristics but those with the many and better ones will take the lead.

Birds are really beautiful and sighting them whether on safari or even from your balcony, is amazing. For a great birding safari and a chance to learn more about birds for either avid birders or any other tourists, the top choices are going for a Uganda bird watching safari, birding safari in Rwanda or Tanzania birding safari.

It is also possible to modify your Birding safari in Uganda or Birding tour in Uganda to feature other Africa safari destinations like Congo, Rwanda, Tanzania, Kenya among the many. Congo safaris or a Congo safari offers you chance enjoy a Congo gorilla safari in Kahuzi Biega National Park to trek lowland gorillas or a Congo gorilla trekking tour in Virunga National Park to trek the famous Mountain gorillas.